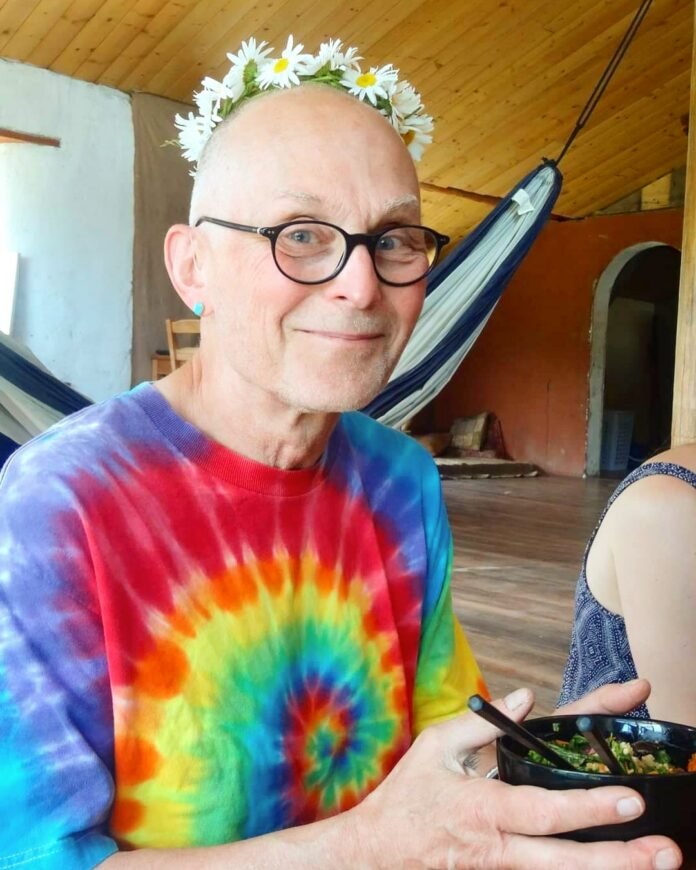 It’s with great sadness that I am writing of the sudden and unexpected passing of my former husband and best friend Jane. Many of you will remember Jane as Bruce Whittington from Whitehorse, Yukon in northern Canada.

I know that my referring to the time that Jane was known to the world as Bruce might be seen by some as “deadnaming.” But I think this is what Jane would want. Her journey was a very complicated one, and she went through many different phases. She had stopped identifying with being transgendered, but had come to refer to herself as non-binary or gender queer.

We met in 1985, back when Jane moved through the world as Bruce. He was a very committed social activist. He had a background in Community radio and worked for years in Whitehorse and southeast Alaska, and as the chief engineer of Co-op Radio in Vancouver. He spent five years working for Radio Mozambique during the Mozambican revolution and helped build several community radio stations throughout South America.

Together, we got involved in the fight against psychiatry. We founded the Second Opinion Society, a then very dynamic radical psychiatric survivor group in the Yukon. We organized many events exposing the abuses and human rights violations in the mental health system.

The big highlight of our work was bringing numerous amazing guest speakers from all of North America up to the Yukon to help us raise public awareness and educate our members. Leonard Frank, Michael Perlin, Peter Breggin, Judi Chamberlin, Robert Whitaker, David Oaks, and many others shared their knowledge, wisdom and experience with us.

We undertook a very successful anti-shock campaign and together with David Oaks protested against the Canadian Medical Association concerning forced drugging. We organized one of the international INTAR conferences on Gabriola Island, Canada.

In addition to all the systemic advocacy, Bruce did much of our individual advocacy for people who got locked up against their will. Later Bruce worked for Jim Gottstein and PsychRights, and he was also the Human Rights investigator here in the Yukon.

Eight years ago, Bruce became Jane, and she got very involved in the early days of the transgender movement. For several years she led one of the first transgender support groups in Vancouver.

Jane was blessed with a brilliant mind, a beautiful way with words, and a lifelong love of learning. In the last few years of her life, she went back to university and earned several degrees in criminology with the emphasis on restorative justice, cultural anthropology, and women’s studies. She also discovered her creative side and after being awarded a big scholarship was looking forward to completing her degree in creative writing at the University of British Columbia.

Having struggled with gender issues and abjection most of his/her life, Jane had in recent years finally found some inner peace and happiness. Just before her death we returned from six weeks of hiking in our beloved Ogilvie Mountains when tragically an emergency medical condition was misdiagnosed, and Jane’s life ended so very suddenly. She will be dearly missed by me, our son Yoshi, and many friends.