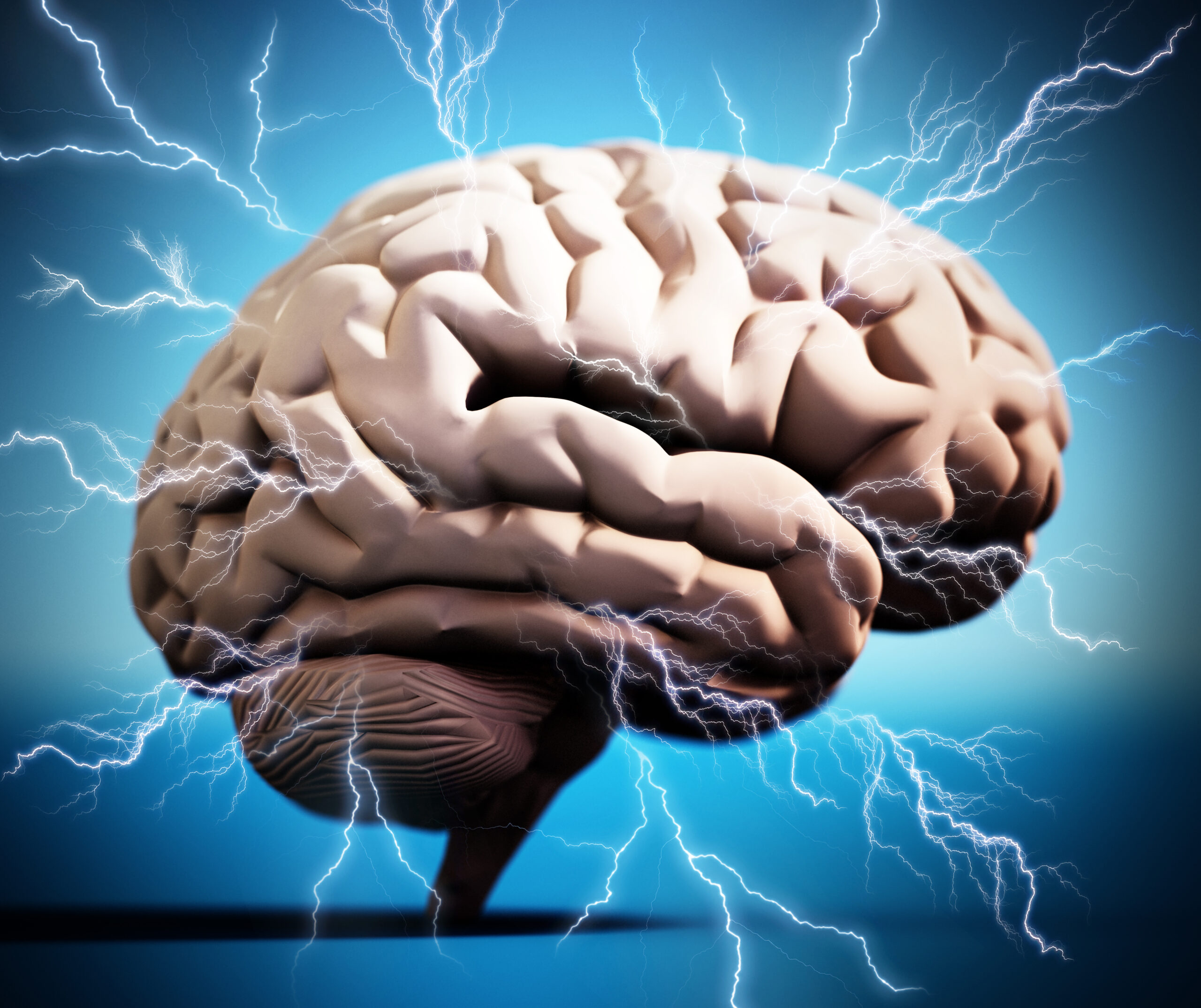 Electroconvulsive Therapy, also known as ECT, shock therapy, and electroshock, is a psychiatric treatment that uses electricity to induce a seizure in the person for whom it has been prescribed. ECT is commonly used on those who have been diagnosed with major depressive disorder, bipolar disorder, and schizoaffective disorder.

Ugo Cerletti, an Italian physician, is usually credited as the first psychiatrist to use ECT on a person who was suffering from mental illness. That was 1938. More than 80 year later, ECT is still being used. For many, this fact tends to be a stunning (pun intended) revelation. It’s quite common for those who have had little to no contact with mental health care to view shock therapy as a brutal and antiquated part of psychiatry’s history, and to believe that it’s no longer in use. In fact, ECT “is still used on approximately a million people annually”.

A quick Google search show’s there is still a lot of interest in ECT, and that the controversy surrounding this medical treatment is heating up. But what is the Canadian position on the use of electroconvulsive therapy? What are people here being told about the safety and effectiveness of ECT?

The Canadian Psychiatric Association (CPA) publishes a large selection of resources, many of which can be accessed by the public on the CPA website. The CPA’s last position paper on Electroconvulsive Therapy was written in 2010. Although this paper is currently under review, the 2010 publication has not yet been replaced. The authors of this position paper state, “electroconvulsive therapy (ECT) remains an important therapeutic option in contemporary psychiatric practice. The mechanism of action of ECT remains incompletely understood; however, extensive research, and 70 years of clinical experience with the treatment, supports the CPA’s current recommendation that ECT should remain readily available as a treatment option”.

The “largest mental health teaching hospital” in Canada, the Centre for Addiction and Mental Health (CAMH), has an information page on ECT on their website. CAMH states, “electroconvulsive therapy (ECT) is one of the most controversial and misunderstood treatments for mental illness. In fact, it is safe and effective for treating severe depression when patients have symptoms that haven’t responded to medication, counselling or other psychosocial treatments”.

Here To Help, an online resource in British Columbia, is produced by a collaborative of seven mental health and substance not-for-profit organizations in BC. They provide readers with several articles that include content on ECT. Here To Help’s information on Depression, says this about ECT: “This is a safe and effective treatment for people with severe depression or who can’t take medications or who haven’t responded to other treatments. ECT is a treatment done in hospital that sends electrical currents through the brain.”

The Canadian Mental Health Association (CMHA), which was founded in 1918, is “the most established, most extensive community mental health organization in Canada”. CMHA serves Canada through 1 national office, 11 provincial/territorial divisions, and 75 local branches/regions in over 330 communities. CMHA’s information page on Depression and Bipolar Disorder includes this statement about ECT: “If depression is very serious or lasts for a long time, doctors may recommend electroconvulsive therapy (or ECT). ECT can be very helpful, especially when other treatments haven’t worked.”

Health Quality Ontario (HQO), “the provincial lead on the quality of health care” in Ontario, helps “nurses, doctors and other health care professionals working hard on the frontlines to be more effective in what they do”. To support their mandate, HQO has published a number of Quality Standards. According to HQO, their Quality Standards “outline for clinicians and patients what quality care looks like”. HQO’s Major Depression Quality Standard includes a Quality Statement dedicated to Electroconvulsive Therapy. It starts by telling readers, “Electroconvulsive therapy is a safe and effective treatment for severe depression, particularly when symptoms have not responded to antidepressant medication and psychotherapy. People with major depression should be made aware of the effects, side effects, and risks of electroconvulsive therapy so they can make an informed decision about this treatment. If electroconvulsive therapy is contraindicated or not chosen by the patient, repetitive transcranial magnetic stimulation may be considered as an alternative treatment.”

The consensus among mental health organizations in Canada seems to be that ECT is a ‘safe medical treatment, that is effective in treating depression and other mental health disorders’. But is this actually the case?

Is ECT safe? Is it effective?  If so, how are both safety and effectiveness being determined? Is there a limit to the number of times ECT should be administered? Is there any oversight or discussion happening within regional and/or national quality of care committees? If so, can the findings of those discussions be made available to the public to enable both transparency and stakeholder engagement? What processes are in place to ensure patients are fully informed when they consent to receiving ECT? Is there even much interest in exploring these issues in Canada? In 2010, when she was an Ontario NDP MPP, Cheri DiNovo put forward a Private Member’s Bill to end public funding of ECT. The Bill didn’t make it past the May 13th, 2010, 1st reading.

Is this endorsement of ECT that appears to be consistent across most of the major mental health organizations in Canada found elsewhere? The Canadian mental health system’s confidently stated claims that ECT is safe and effective are increasingly being disputed by relevant groups in other countries.

Mad in America (MIA) has published a number of posts on ECT, including these:

Given its mission “to serve as a catalyst for rethinking psychiatric care in the United States (and abroad)”, it’s not surprising that MIA has given this much attention to ECT. But Mad in America is not the only publication to feature articles about the controversies surrounding ECT. Psychiatric Times, an American magazine primarily targeting psychiatrists, has also given space to articles that speak out against ECT: ECT: Dangerous on Either Side of the Pond and Raising Doubts About ECT.

In the UK, Dr. Sue Cunliffe, ECT recipient and former paediatrician, and Dr. Lucy Johnstone, Consultant Clinical Psycholoist, along with 38 other signatories (academics, professionals, ECT survivors, family of ECT survivors) “are calling for an independent review into the practice of ECT”. This group’s campaign names several areas of concern including: accreditation standards that are minimal to non-existent; evidence of harm, including permanent brain damage; lack of informed consent perpetuated by leaflets that are based on false information which are being used within the National Health Service.

In their 2019 publication, ‘Electroconvulsive Therapy for Depression: A Review of the Quality of ECT versus Sham ECT Trials and Meta-Analyses’, Read, Kirsch and McGrath found “there is no evidence that ECT is effective for its target demographic—older women, or its target diagnostic group—severely depressed people, or for suicidal people, people who have unsuccessfully tried other treatments first, involuntary patients, or children and adolescents”. Furthermore, these researchers suggest, “given the high risk of permanent memory loss and the small mortality risk, this longstanding failure to determine whether or not ECT works means that its use should be immediately suspended until a series of well designed, randomized, placebo-controlled studies have investigated whether there really are any significant benefits against which the proven significant risks can be weighed”.

The Canadian Institutes of Health Research (CIHR) is Canada’s federal funding agency for health research. Their online article, ‘Hacking the Knowledge Gap in Health Research’ states, “It takes approximately 17 years for research evidence to be fully adopted by practitioners and the public. This gap between research and practice means the public may not benefit from health research until nearly a generation after discoveries are made”.

On the one hand, Canadian health care organizations are telling us that ECT is “safe and effective”. On the other hand, there seems to be a growing collection of publications that suggest this is not the case. We’re left to ask, ‘where ECT is concerned, are we getting the most current information here in Canada?’.