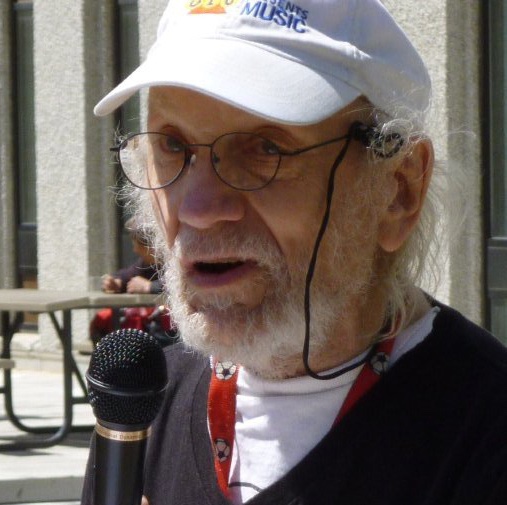 My hero, mentor, and very dear friend Don Weitz died comfortably, in his home, on the afternoon of September 1, attended by his loving twin children, Lisa and Mark. He was 90 years old and had recently been diagnosed with advanced lung cancer.

Of all the many amazing activists I have been privileged to know, Don was by far the fiercest, most passionate, dedicated, determined, courageous and persistent. His lifelong fight against oppression and for human rights – not only of psychiatric survivors but also of Black, brown and Indigenous people, women, refugees, immigrants, prisoners, and all poor people – has always set a shining example for the rest of us.

Any ordinary person would likely have been crushed by the forced administration of the more 100 sub-coma insulin shock “treatments” to which Don was subjected as a young man. But Don was no ordinary person. He survived and thrived, and spent the rest of his long life defending and helping the victims of psychiatric torture and so many other forms of injustice.

I first met Don in 1986, when I was 28 years old and still suffering from some pretty grim emotional after-effects of the psychiatric incarceration and torture I had endured at the beginning of my twenties. A friend notified me that the magazine Phoenix Rising: The Voice of the Psychiatrized – which Don had co-founded in 1980 – was in need of an editor. I’d had no idea Phoenix existed, or even that there was anyone else on earth who shared my conviction that psychiatry was stupid and evil. Within minutes of meeting we each knew we had found a lifelong friend and colleague. Don’s rage against the psychiatric machine perfectly matched my own. Our work together on Phoenix and on so many other projects since then – including his 2019 e-book Resistance Matters: The Radical Vision of an Antipsychiatry Activist (madinamerica.com/wp-content/uploads/2019/06/Resistance-Matters-April-2019.pdf), where you can find out much more about his many struggles, accomplishments and honours – completely transformed me. Without him, I would never have found my life’s work.

Thanks to Don’s wonderful daughter Lisa, who has become a close friend even though we have yet to meet in person, I was able to speak with him on the phone a few times since he got so sick. We got to tell each other how glad and grateful we both were to have each other in our lives. He has always addressed me as his beloved sister and most trusted editor. I am so deeply honoured by his love and trust, and I miss him so much.