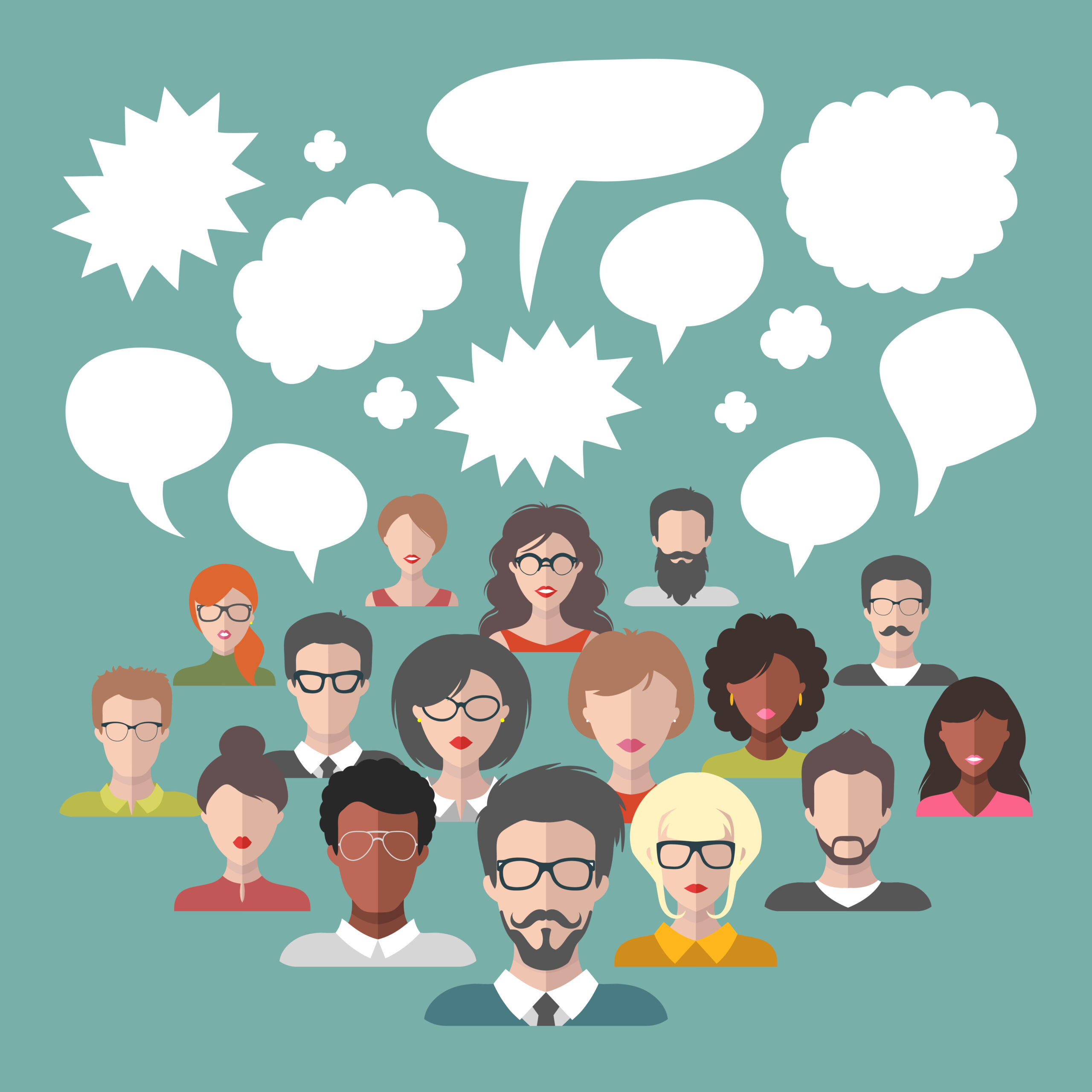 “In September 2010, Bell Let’s Talk began a new conversation about Canada’s mental health. At that time, most people were not talking about mental illness. But the numbers spoke volumes about the urgent need for action. Millions of Canadians, including leading personalities, engaged in an open discussion about mental illness, offering new ideas and hope for those who struggle, with numbers growing every year.”

In October 2014, Jason Magder penned a piece for the Montreal Gazette. In ‘Bell Let’s Talk Day: A good deed, or just good PR?’, Magder questions the BLT campaign: “It’s one thing to give a bunch of money to help improve mental health. And it’s quite another to try to benefit from free advertising at the same time.” He offers up a bit of critical analysis, but ultimately admits he sees “no harm in this campaign”.

On his own website, writer Darren Broadfoot has a post titled, ‘Why Today is About Bell Canada, and Not Mental Health’. In his critique (which is much less forgiving than Magder’s), Broadfoot calls out Bell on what he believes are the underlying motivations for the BLT campaign. He writes, “Make no mistake–Bell Let’s Talk is first about promoting Bell, and secondarily about raising money for or awareness about mental illness.”.

In 2019 and 2020, at least two graduate students wrote critical analyses of the BLT campaign. ‘A Critical Investigation of Bell Let’s Talk’, is a major research paper written by Jasmine Vido. She questions Bell’s motives and the “neo-liberal trend of relying upon private corporations to solve what should be collective, social problems”. Harleen Dhami wrote, ‘Bell Let’s Talk: A Catalyst for Support and Self-disclosure, or corporate greed?’. Her analysis is focused on whether the BLT campaign “mobilizes support and self-disclosure among Twitter users or whether it is simply another instance of corporate profitization”. Dhami also calls out Bell for “coming under fire for overlooking employee mental health needs”.

In 2017, Meg Peters, a scholar of mad studies, queer theory, and disability studies, published a peer-reviewed article, ‘How Bell Canada Capitalises on the Millennial: Affective Labour, Intersectional Identity, and Mental Health’. Peters’ analysis suggests the BLT campaign’s success is reliant on millennial social media users with a vested interested in mental health conversations. She challenges the use of the term “mental health”, suggesting it often implies a ‘norm’ where affect and behaviour are concerned. Peters identifies the Colonialism that’s at work in the BLT campaign’s failure “to address how psychiatric intervention is often a colonial process in itself”. Peters suggests the BLT campaign “bolsters normative narratives around psychological distress and its place in neoliberal corporations and colonial Canada.”.

It’s easy to see that opinions about Bell and their BLT campaign are varied. Bell’s motives are questioned. Some (many?) people are offended that Bell is capitalizing on mental health to increase its corporate profile and generate more profits. But Bell isn’t the first or the only large corporation to jump on a social issues bandwagon to further its own interests.

Beyond the potential for these corporate practices to be viewed as morally challenging, there are other issues with the BLT campaign that are deserving of criticism. It’s the underpinnings of this “mental health/mental illness” narrative that is of most interest to this critique.

BLT website features several different sections, two of which are of primary interest to this critique: ‘Our Initiatives’ and ‘Ways to Help’.

Our Initiatives is where Bell describes the 4 Pillars of the BLT campaign: Anti-stigma, Care & Access, Research, and Workplace Leadership.

In Anti-stigma, Bell tells us that BLT “is driving the national conversation to help reduce this stigma and promote awareness and understanding, and talking is an important first step towards lasting change.”.

In Care & Access, we learn “Bell supports a variety of organizations, including grassroots agencies, local hospitals and post-secondary institutions, to help provide Canadians with support services when and where they need it.”.

The Research section suggests “Research holds the greatest promise to better understand treatments and solutions. Bell is investing in best-in-class research programs with the potential to have a transformative impact on the mental health and well-being of Canadians.”. Here, Bell tells us they’re helping to fund research on anti-stigma and “Canada’s first biobank of biological, social and psychological data”.

Workplace Leadership tells us that 1 in 3 workplace disability claims are related to “mental illnesses”, and that “Bell is committed to leading by example in our own workplace by adopting the voluntary Standard for Psychological Health and Safety in the Workplace and is encouraging greater corporate engagement across Canada.”.

The ‘Ways to Help’ page includes several sections aimed at educating readers and providing what are suggested to be helpful bits of information. This page features content on managing stress, self-care, finding help, stigma-busting, and active listening.

The BLT site includes a lot more information. Many (most?) people would look at these pages and think that Bell was ‘doing good’ by getting us all talking, and by sharing this information. Indeed, I’ve had several conversations with people who defend the BLT campaign by saying things like, “at least people are talking about mental health … and isn’t that a good thing?”.

When you look at the information included on the BLT website, and perhaps most importantly, when you look at the language that is used, and you see which organizations are listed as having some sort of interest in this campaign, Bell’s position on these notions of “mental health” and “mental illness” is pretty clear. Bell Let’s Talk is a large and powerful campaign that wants everyone in the federation to engage in “an open discussion about mental illness”. And therein lies the problem.

Bell’s annual BLT campaign is one more very clear demonstration of the how the media’s uncritical acceptance, and perpetuation of, the dominant, biomedical discourse in mental health enables ongoing support for the layers of neuromythology that are used to insist on telling people their humanness is a sickness.

When bad things happen to people, they feel bad and their behaviour often reflects this. Telling people their thoughts, their feelings, their responses to traumatic and adverse experiences, are symptoms of a disorder, an illness, is not helpful. Fear, despair, and even psychosis, are not symptoms of “mental illnesses”. They are natural and expected responses to the bad things that happen to people, including trauma, adversity, oppression, racism, poverty, abuse, gender-based violence. This is our human condition. And this is what we need to be talking about.