The online conference Withdrawal From Psychiatric Drugs was held on Friday May 6th and 7th. An extremely important topic for us at Mad in Norway and Mad Global, we set aside time to help get the conference’s message across and ask the questions: What is wrong with psychiatric drugs? And why should you avoid being on them long term?

Organized by The International Institute of Psychiatric Drug Withdrawal (IIPDW), the conference has been in the planning stages since members of the Institute met in Gothenburg in autumn 2019. The intention was at that time to meet in Reykjavik at an international conference. However, due to the pandemic, it was not possible to organize an in person conference. But the need to meet in person is so important, I and several like-minded people met that weekend to follow the conference together. Five speakers were on the program. The following is a short summary of each speaker’s points:

Robert Whitaker is an American health journalist who immersed himself in research in the field of psychiatry, particularly psychotropic drugs. The founder of Mad in America, he wrote the book Anatomy of an Epidemic (Norwegian title: En Psykiatrisk Epidemi). Joanna Moncrieff is a British psychiatrist you should check out if you want to know anything about psychotropic drugs. She is the author of several books, most recently A Straight Talking Introduction to Psychiatric Drugs (Norwegian Title: Psykiatriske Legemidler), which Mad in Norway recently reviewed.

Both Whitaker and Moncrieff talked at the conference about what is wrong with psychotropic drugs and how long-term use can have severe negative effects. Both explained that it is not true that people with psychological issues have a chemical imbalance in the brain that needs to be corrected with medication. No one has ever been able to demonstrate such an imbalance in people with mental health issues. On the contrary, what happens when you are on these drugs is that they create imbalances in an otherwise normally functioning brain. Stopping the drugs can be difficult because the brain has adapted to the drugs, and negative withdrawal symptoms can persist even after stopping the drugs.

In the long term, a person using such medications risks becoming chronically ill and deceived. According to several studies that Whitaker showed, long-term use of medications produces worse results in a number of areas and worse outcomes than in people who do not use them over time. Whitaker goes on to say that we cannot rely on psychiatrists as a group. Their main product is drugs, and they do a lot to hide how badly these products work. Of course, there are individual psychiatrists who think differently, but generally we cannot rely on them in this area. A change must come from the bottom up, from the people themselves who learn about the drugs and their effects. It will not come from the experts at the top. Fortunately, many books and articles have now been written and are readily available to most people.

Moncrieff said this is particularly serious in young people whose brains are still developing, and that these drugs do a lot of damage. She believes health professionals need training in this area so that young people get other help. But it is difficult to find a psychiatrist who knows how to do this and who supports it.

Those Who Have Withdrawn From Psychiatric Drugs Are the Foremost Experts

Laura Delano is an American “survivor” of psychiatry. She said that she believed very strongly in the medical model with its diagnoses and medications when she entered psychiatry as a teenager. After several years of treatment and hospitalizations, without getting better, but only worse, she began to lose hope. She had been labelled as treatment resistant. Then she came across the book by Robert Whitaker and began to read up. It was the start of years of tapering off and working on herself to get a better life.

Laura spoke vividly about overwhelming withdrawal symptoms, both physical and mental. She was clear in her talk that the foremost experts on withdrawal are those who have been through it themselves. She later set up the website Inner Compass and The Withdrawal Project, which gives a detailed description and help on how to taper off. There is often little help from professionals, and therefore support from peers and being part of a peer support group is important.

The most important lessons Laura took away from withdrawal were:

Carina Håkansson is a Swedish psychotherapist who shared her experience of working with families in Sweden where diagnoses and medication were not used as a starting point. Carina is inspired by Tom Andersen and Jaakko Seikkula and works through network meetings and Open Dialogue. The most common problem she encounters in the clinic when people want to taper off is that the doctors won’t go along with it. They believe that people have to take responsibility for this themselves, and that children also have very limited knowledge about tapering and how to go about it. But many need support, because naturally they get worried when they get withdrawal symptoms. Parents are also told that children need medication to recover. Carina says it’s very important that all health professionals have knowledge about this, since we can’t leave it to the teams. Giving accurate information is important.

Magnus Hald is a psychiatrist and former supervisor at the drug-free service in Tromsø. There they work with networks, and not in linear processes like much of psychiatry is organized. Magnus says the problem is that people think the drugs work, and that they prescribe them because they think it’s right. They think people get worse because they stop taking the drugs, and that the “disease” then comes back. They don’t understand how long-term use negatively affects the brain and the problem of withdrawal symptoms. Again, knowledge in the field is very important.

The hope for IIPDW and Mad in Norway is that more people will learn about psychotropic drugs and their effects, so that people experiencing mental health difficulties are best equipped to make good choices for themselves, and that health professionals can support people who want to manage without medication. 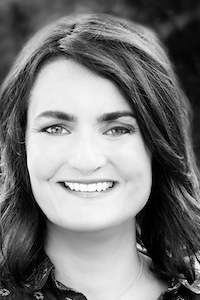 Birgit Valla is a Norwegian psychologist. She has been the director and lead creator of a community based mental health service called Stangehjelpa, a service developed based on the feedback from the people that ask for help. She is the initiator and editor-in-chief of Mad in Norway, an affiliate of Mad in America.