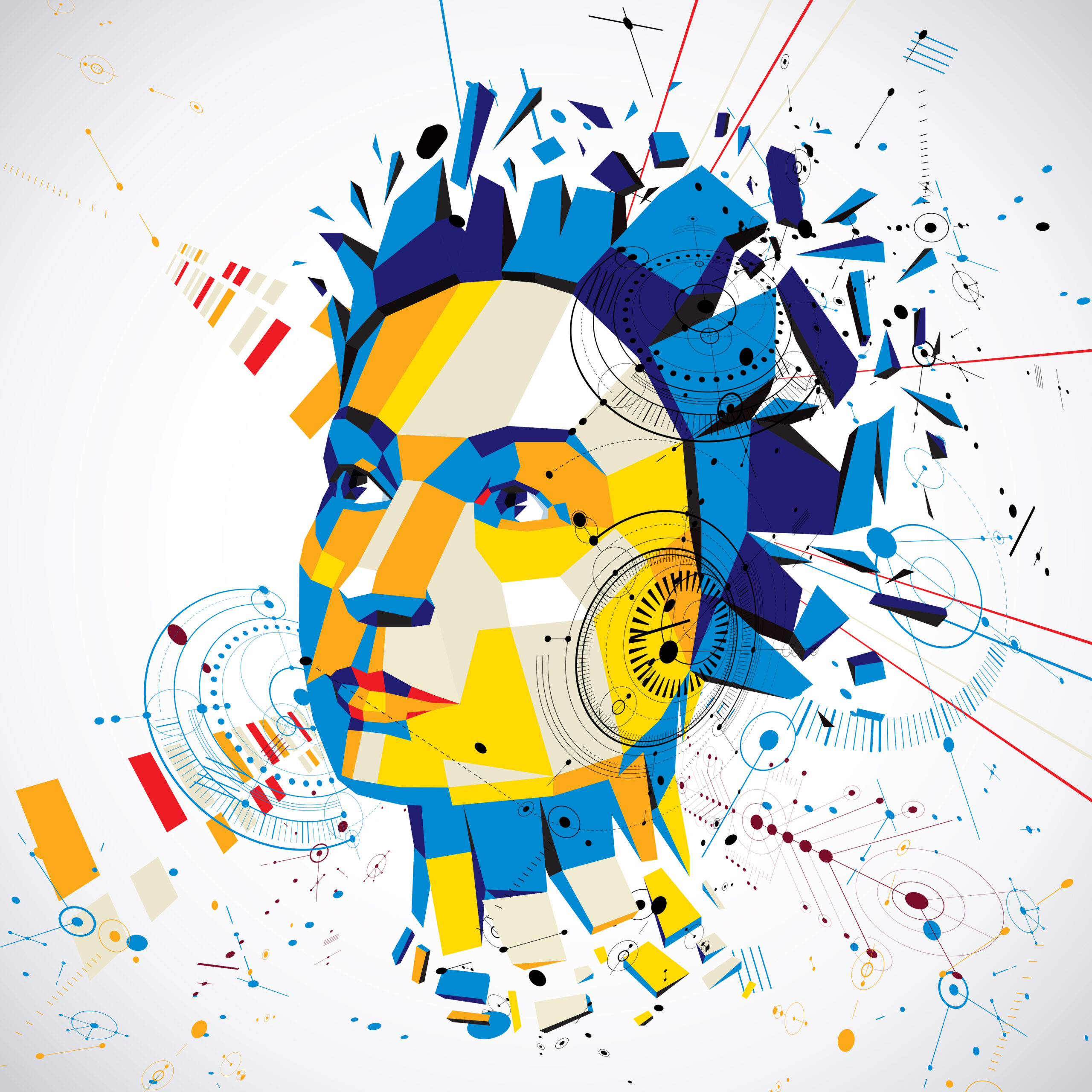 There are different hypotheses about what psychosis is.  One hypothesis that has been repeatedly disproven is that of the medical model belief that psychosis is a medical abnormality of the brain.  According to E. Fuller Torrey, a psychiatric researcher and author of Surviving Schizophrenia: A Family Manual, “schizophrenia” is a brain disease. “Evidence” he cites for this belief is that people with “schizophrenia” commonly have enlargement of the ventricles and decreases in grey matter volume. He states that “Ventricular enlargement was clearly described two decades prior to the introduction of antipsychotics, using a research technique in which air replaced the fluid in the ventricles,”[i] and that therefore ventricular enlargement could not be caused by neuroleptics. He also states that “white matter volume loss has also been observed….”[ii] However, Torrey does not control for other variables. For example, enlarged ventricles are also caused by alcohol consumption and marijuana use, both of which existed before the invention of neuroleptics. It is also of note that alcohol and marijuana cause psychosis and moreover, people with “psychosis” are more likely to use alcohol and marijuana as stress reducing techniques. According to the article, The Impact of Substance Use on Brain Structure in People at High Risk of Developing Schizophrenia by Killian A Welch et al.: “Ventricular enlargement and reduced prefrontal volume are consistent findings in schizophrenia. Both are present in first episode subjects and may be detectable before the onset of clinical disorder. Substance misuse is more common in people with schizophrenia and is associated with similar brain abnormalities.”[iii] Therefore, the logical explanation is that drug misuse caused ventricular enlargement in people with “schizophrenia,” not the “schizophrenia” itself.

Likewise, grey matter volume loss can be caused by smoking and because smoking calms people and counters some of the effects of neuroleptics more people with schizophrenia are likely to smoke. According to the Pub Med article Smoking and schizophrenia by Marina Sagud et al.,

“More than 60% of schizophrenic patients are current smokers….”[iv] Moreover according to a study published by National Center for Biotechnology Information (NCBI), Evidence for white matter abnormalities in schizophrenia byMarek Kubicki et al., “Only a small number of MRI studies have evaluated white matter volume differences between patients with schizophrenia and controls, and these studies have been largely negative.”[v] Furthermore, the findings Torrey mentions do not exist in a majority of people labelled “schizophrenic.”

Torrey also states that evidence that “schizophrenia” is genetic is the fact that children with “schizophrenic” mothers are 9 times more likely to develop “schizophrenia.” However, he doesn’t control for environmental factors. If a child’s mother has “schizophrenia” the upbringing of the child is much more likely to be traumatic than if the parent isn’t “schizophrenic” due to the episodes the parent would have in front of the child and this environmental difference is more likely to cause schizophrenia in the child. He also says that the risk of developing “schizophrenia” from childhood abuse is “so small”[vi] that it is “not very important.”[vii] However, according to NCBI article Childhood trauma and psychosis – what is the evidence? by Ingo Schäfer, MD, MPH, “In the last decade, a substantial number of population based studies suggested that childhood trauma is also an important risk factor for psychosis…. In almost all these studies, a history of abuse was related to psychotic symptoms and/or the diagnosis of a psychotic disorder either during adolescence or adulthood.”[viii]

Torrey also says that “…people with schizophrenia are thought to have elevated levels of dopamine.”[ix] However, it has been long since proven that this is not the case. According to an article in Harvard Review of Psychiatry:

“The dopamine hypothesis of schizophrenia and psychosis originated from observations of the dopamine-blocking actions of early neuroleptic drugs. These results support the dopamine hypothesis, however, only on the assumption that the drugs act by reversing an underlying disease mechanism (or part of it). An alternative explanation is that the drugs work by inducing a state of neurological suppression that reduces the intensity of symptoms.”[x]

“Research on dopamine concentrations in postmortem brain tissue, on homovanillic acid concentrations, and on dopamine receptors has been negative or inconclusive. Therefore, the idea that the symptoms of psychosis or schizophrenia are caused by the overactivity of dopamine is not supported by current evidence.”[xi]

Also according to Torrey, “Childhood trauma and stress theories of schizophrenia have a long and disreputable scientific history.”[xii] He also states that, “…there are major problems with the childhood trauma studies and no credible evidence to support the linkage of such trauma to the causes of schizophrenia.”[xiii] He dismisses accounts of childhood trauma as being largely based on “false memory syndrome.”[xiv] From personal experience and from talking with others diagnosed with “schizophrenia” not to mention the countless studies that have been done it is unscientific to dismiss  accounts of abuse by countless people diagnosed with “schizophrenia”. Based on all the evidence I am convinced beyond a doubt that when not caused by substance use “schizophrenia” is caused by highly sensitive people being traumatized. Torrey single handily dismisses the trauma theory because it doesn’t fit in with his disease model purview. How could anyone who is highly sensitive who has been severely traumatized not go insane? According to Loren R. Mosher, psychiatrist and co-author of Soteria: Through Madness to Deliverance, “More than half of adult admissions to psychiatric hospital wards have histories of…abuse, [which didn’t receive]…attention until the 1980s.”[xv] Furthermore, according to an article on NCBI Childhood Trauma and Psychosis—What is the Evidence? by Ingo Schafer, MD, MPH, and Helen L. Fisher, PhD, “In the last decade a substantial number of population-based studies have suggested that childhood trauma is a risk factor for psychosis. In several studies, the effects held after adjusting for a wide range of potentially confounding variables, including genetic liability for psychosis.”[xvi]

Torrey even goes on to say that it is possibly not the trauma that causes “schizophrenia,” but the “schizophrenia” that invites trauma into the life of the “schizophrenic” person.[xvii] This is a classic blaming the victim mentality and does not account for the fact that when psychosis is present and not substance induced, trauma always precedes the development of schizophrenia.

Torrey further claims that childhood trauma and “schizophrenia” research is not credible because it is largely carried out by “overtly anti-psychiatry British and Dutch mental health professionals,”[xviii] who are therefore according to him biased. Yet, what he doesn’t acknowledge is that he single-handedly dismisses a whole body of research because he is biased in favour of the medical model of “schizophrenia.” Therefore, one could say that he too lacks credibility.

Torrey goes on to say that “Any parent who has raised a child knows that parents are not powerful enough to cause a disease like schizophrenia simply by favouring one child over another or giving the child mixed messages.”[xix] Of course “favouring one child over another or giving the child mixed messages” may not necessarily cause “schizophrenia,” but it could, and overt abuse would certainly cause “schizophrenia” in many sensitive children. Furthermore, what parent would want to admit to having caused their child “schizophrenia.” Torrey adds to this, “Furthermore, families in which one child had developed schizophrenia usually contained one or more other children who were perfectly normal; they stood as the final refutation of these theories.”[xx] However, certain children are more sensitive to stress and more sensitive in general than other children. This explains why one child with siblings who are equally abused may develop schizophrenia while the others wouldn’t. Moreover, sometimes only one child with siblings is abused by the family. Furthermore, the abuse could happen outside the family, which is another reason why only one child may develop “schizophrenia” and not the siblings.

So if not a brain disease then what is “psychosis”? According to psychiatrist Peter Breggin, author of Toxic Psychiatry, it is a psychospiritual crisis. I agree with this because psychosis is indeed a crisis of the psyche and spirit brought on by trauma where not caused by substance use. According to Loren R. Mosher “psychosis” is a “…process of fragmentation and disintegration…that was seen as having potential for reintegration and reconstitution.”[xxi] Moreover, he points out that “The Germans, who invented neuropathology, looked at the brains of thousands of “schizophrenics” before there were any neuroleptics…and they were unable to find any cellular pathology.”[xxii] According to Loren, Alma, and Ann of Soteria, “…psychosis evolves as a process of fragmentation-disintegration. But at Soteria…the disruptive psychotic experience is also believed to have unique potential for reintegration and growth….By guiding [clients] through altered states of consciousness rather than repressing them. Soteria’s milieu [aimed] to help its clients emerge from their life crises as stronger, better educated persons with the ability to pursue [means of living] that they themselves consider to be successes…”[xxiii] I also agree with Mosher that this is how “psychosis” works. Moreover, Mosher states, “Diagnosis, because it results basically from personal judgment, can be unreliable and unstable over time. Unlike medical diagnoses, psychiatric diagnoses cannot be validated by laboratory tests, x-rays, and the like. Treatment based on connecting the cause of the problem is only hypothetically possible.”[xxiv]

I personally believe that “psychosis” or “schizophrenia” occurs, when not caused by substance use, when a highly sensitive person is severely traumatized and their consciousness becomes overwhelmed by information that is beyond what they can handle or process. Therefore, the psyche breaks down, losing sanity, so that it can reorganize, regroup, and reintegrate, integrating the traumatic experience into the psyche, thus forming a new, more complete, conscious whole. It is important to emphasize that the “psychotic” person is highly sensitive, because this explains why not everyone who is severely traumatized becomes “psychotic,” or develops a psychogenic condition. Trauma could be caused by the loss of a loved one, bullying, a break up, abuse, or assault among others.

What psychiatrists don’t realize is that “mental illness” is not an illness at all and nor is it a disorder or maladaptive. In fact, it is a healing process of the psyche. It is the psyche’s way of processing a traumatic event. Therefore, it is a reordering of the psyche as opposed to a disorder and it is highly adaptive. Psychiatric drugs halt this process and prevent recovery.

It is easier on the psyche to process traumatic information with a disintegrated mind than an integrated mind because it is indirect as opposed to direct, hence the “psychosis.” It is a way to deal with the trauma symbolically rather than directly. What is experienced in “psychosis” is not irrational; It all make sense on a symbolic level. It represents the trauma the psyche is in the midst of processing.